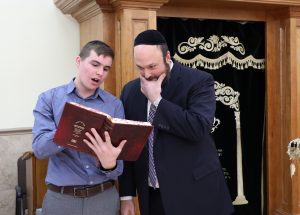 Texas Torah Institute / Yeshiva and Mesivta of Dallas has been on the forefront of Torah education in Texas since its founding in 2003.  It has earned a reputation for excellence in its Limudei Kodesh (Judaic) education, college preparatory instruction, and extracurricular programs.  The Yeshiva has both high school and Bais Medrash divisions, and is under the guidance of our Roshei Yeshiva, Rabbi Eliyahu Kaufman, Rabbi Shlomo Pacht, and Rabbi Daniel Ringelheim.  It is one of over 70 worldwide affiliates of the renowned Rabbinical Seminary of America / Yeshivas Chofetz Chaim in Queens, NY.

Texas Torah Institute, in Dallas, TX, was founded in 2003 by a group of local parents, rabbis and lay leaders.  Dallas was thriving with all of the components of a desirable Jewish community, with the exception of a traditional boys’ Yeshiva. Local parents were interested in this type of education for their sons, and were reluctant to send them away from home or to move out of Dallas.  The Rabbinic and lay leadership felt that the community had grown large enough to open a Yeshiva in Dallas to serve the local students and students from smaller communities in the Southwest. 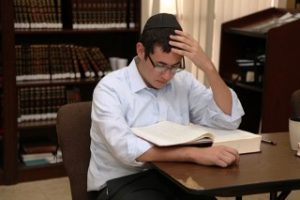 Texas Torah Institute is an affiliate of the Rabbinical Seminary of America (RSA) in Queens, NY, one of the premier rabbinical schools in the country.  RSA has established dozens of Yeshivos, schools, synagogues, and outreach centers around the US, Canada, and Israel, and was the logical institution for the Dallas community to turn to when establishing Texas Torah Institute.  Two graduates of RSA, Rabbi Shlomo Pacht, Headmaster, and Rabbi Eliyahu Kaufman, Dean of the Beis Medrash (College program), were sent to head TTI.   Both Rabbis are graduates of the advanced rabbinical ordination program, and both have extensive teaching and mentoring experience which serve them well in their current capacity.  Since its founding, TTI has added seven more RSA graduates to its staff, including Rabbi Daniel Ringelheim, who joined Rabbis Kaufman and Pacht in the capacity of Rosh Yeshiva. 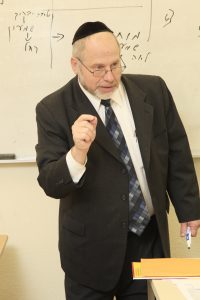 In late 2002, Rabbi Aryeh Rodin, the rabbi of Congregation Ohev Shalom in North Dallas, began the process of bringing a Yeshiva to Dallas.  By galvanizing the community and helping the Yeshiva raise initial funds and awareness, Texas Torah Institute became a reality.   In August of 2003, with only 8 students and two grades, TTI opened its doors, and began classes in a few classrooms in Ohev Shalom.  Since then, TTI has grown to a full 7-year program with over 60 students from around the United States, Canada and Mexico. Roughly one-third of the high school students are from Dallas.  TTI was able to stay in the Ohev Shalom building for 4 years, until it outgrew the space.  In 2007, a 6,000 square foot building nearby was purchased and renovated, and for the first time, TTI had a home of its own.  The Yeshiva continued to grow, and TTI once again found itself looking for a larger space.  In 2010, thanks to the generosity of the Haymann Family, TTI was able to purchase a 10,000 square foot building on 2.3 acres of land.  The educational facilities were moved to the new location, and the previous location was converted into student living quarters.